Is Your Food Making You Sick? 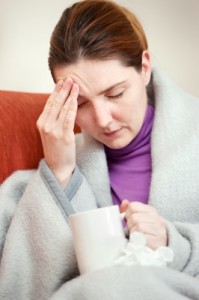 Twenty-nine year New Jersey school teacher, Jennifer Vigne, struggled with what she called an “uncooperative digestive system” since she was a child. Over the years, her doctors ordered many tests and performed exploratory surgery looking for the cause of her symptoms but nothing turned up. Finally, about 10 years ago she was diagnosed with a condition her gastroenterologist called irritable bowel syndrome (IBS). It got so severe during the last four years that she stopped going out with friends fearing her symptoms would come on without warning when she wasn’t near a restroom. She was prescribed many different medications but they only provided temporary relief, never a cure. Her symptoms just kept getting worse. “The fear of having a stomach attack in the middle of teaching, driving, or hiking left me limited with things to do and often feeling depressed and desperate”, said Vigne. As it turns out, she was suffering from food sensitivities all along and didn’t know it. She was eating foods every day that were causing her immune system to react and trigger her chronic gut symptoms. After being evaluated for food sensitivities using a blood test called MRT (Mediator Release Test), she started the LEAP ImmunoCalm Diet. In just 10 days her symptoms began to subside and one year later she remains virtually symptom free.

The main differences between food allergies and food sensitivities are the types of reactions that typically occur, the time frame in which they occur, the amount of food needed to trigger a reaction, and the types of foods that are typically involved in reactions.

Perhaps the best known symptom of food allergy is also its least common and most dangerous – anaphylaxis. When this happens, the airway tightens, the throat swells, blood pressure severely drops, and dizziness, lightheadedness, and fainting can occur. People with anaphylaxis can die within minutes of ingesting just a crumb of an allergic food. Fortunately, symptoms of food allergies are not typically this severe. Most people with food allergies usually experience far less life-threatening, albeit bothersome, symptoms including hives, itching, swelling, wheezing, abdominal pain, nausea, vomiting, diarrhea, and dizziness. Regardless of the severity of the reaction, allergic foods are not typically difficult to identify due to the short time frame in which symptoms develop and because the vast majority of cases are attributed to one or more of the following eight foods: peanuts, tree nuts, fish, shellfish, eggs, cow’s milk, wheat, and soy.

Unlike the immediate reaction of an allergy, food sensitivity symptoms can take up to several days to surface. To further complicate the picture, food sensitivities are dose-dependent, meaning that a small amount of an offending food may not be enough to cause symptoms every time. Add to this the complex immune mechanisms involved in food sensitivities, and you have an especially difficult puzzle to solve. For this reason, food sensitivities often go undiagnosed or misdiagnosed for years as was the case with Jennifer Vigne.

Another major difference between allergies and sensitivities is the incidence of occurrence. Food allergies occur in about 2 % of the American population. Food sensitivities, on the other hand, are far more common – millions of people have food sensitivities and many don’t know it. Food sensitivities affect an estimated 20-30% of the American population! They are associated with an extraordinary array of health problems and can cause or exacerbate chronic inflammation anywhere in the body, even the skin. This was the case with 17 year old Robert Switzer, a student at St. Joe’s High School in Metuchen, NJ. He suffered with chronic eczema for years. His eyes were always red and swollen and his skin itched so much that he couldn’t sleep through the night without scratching until he bled. It even hurt to take a shower. He had to quit the swim team and stop playing ice hockey because the chlorinated pool water and his own sweat irritated his open wounds worsening the pain. “I was really skeptical about going to see another specialist. I didn’t think food could be causing my severe eczema. But the LEAP Diet gave me almost immediate relief. I tried so many different treatments before but nothing came even close to working as well as this has,” said Switzer.

Besides IBS and eczema, many other chronic inflammatory conditions are associated with food sensitivities including Migraines, Fibromyalgia, Crohn’s Disease, Ulcerative Colitis, Gastroesophageal Reflux Disease (GERD), Arthritis, Dermatitis, Psoriasis, and Metabolic Syndrome. Some of the symptoms experienced by people with food sensitivities include-

Food sensitivities can be caused by any food – even seemingly healthy foods. And it’s not just food that can cause the immune system to react; food chemicals can do the same. Both naturally occurring chemicals (like solanine in potatoes) and added chemicals like those in processed foods can cause sensitivities. This turned out to be true for 58 year old Judi Ginsky of Monroe, NJ. She was tested and found to have seven different chemicals sensitivities in addition to her 29 food sensitivities! “As the years went by, I was getting and feeling sicker. I was ‘awake’ but barely functioning. I couldn’t keep my eyes open,” reported Ginsky. She heard about the LEAP-MRT Program from her doctor and decided to get tested. She was shocked to find out that many of the healthy foods she was eating were not actually healthy for her. Just 11 weeks on the Leap ImmunoCalm Diet, she lost 28 pounds and her doctor took her off all prescription medications for hypertension, diabetes, elevated cholesterol and reflux because she didn’t need them anymore.

Healing Yourself from Food Sensitivities

If you suspect you are experiencing food sensitivities, before you do anything else, meet with your doctor to rule out a more serious problem. Then, if you want to try a DIY approach, start by keeping a very detailed food diary for several weeks and eliminate all the foods you suspect are causing symptoms. One at a time, re-introduce them back into your diet to see if you can pinpoint the food that’s giving you grief. Unfortunately, this can be like looking for a needle in a haystack. A better option is to get tested for food sensitivities. If you decide to do this, be sure to use a reputable test like the Mediator Release Test (MRT) by Oxford Biomedical Technologies. This patented blood test is currently the most accurate test available on the market.

Now, I’d love to hear from you?

Meanwhile, If you are you are suffering from painful digestive symptoms, get the “Guide to Digestive Wellness: 10 healthy gut tips and strategies” at https://njnutritionist.com/healthygut. Get your gut back on track today. 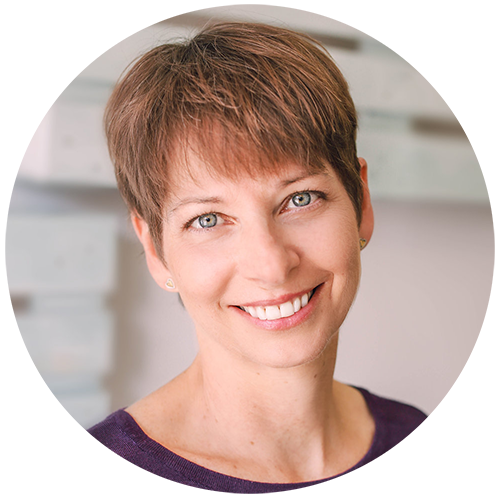 hi! I'm Lorraine
If you want to get off the diet roller-coaster and eat for pleasure, nourishment, and genuine wellness, you’re in the right place. Welcome!